Bitcoin continues to enjoy the first-mover advantage, which gives it dominance over the cryptocurrency industry. On the flip side, Ethereum – the second-largest cryptocurrency – is determined to dethrone the oldest cryptocurrency, and with every passing day, it inches closer to realising this goal.

The rivalry between the two cryptocurrencies escalated in the last 12 months, with Bitcoin ceding much of its influence over the industry to Ethereum’s aggressive and seemingly untamed growth. During this time, Ethereum’s price grew 3X faster (by close to 1000%) than Bitcoin’s, whose price rose by 300%.

Additionally, the Ethereum blockchain onboarded more users, developers, and had more institutions interested in its technology. And all these helped it eat into Bitcoin’s market share. Today, Ethereuum’s market share has shot to 19% from less than 8% in July 2019, while Bitcoin’s has dropped from the commanding 70% at the time to the current 45%.

Based on these facts, crypto analysts now seem convinced that Bitcoin’s reign as the leading crypto is almost up. There ae clear signs of Bitcoin’s eventual fall and Ethetreum’s rise, not just as the dominant blockchain but also as the most valuable cryptocurrency.

In this article, we look at the two most popular investment options for anyone looking to buy cryptocurrencies in India and answer the question of when Ethereum will dethrone Bitcoin.

But first, we want to understand why everyone expects Bitcoin’s reign to end.

Why are Industry Players Convinced Ethereum Will Surpass Bitcoin?

Early on, Bitcoin took the mantle as the ultimate digital store of value, the digital gold, and the perfect replacement for fiat currencies. But even after exposing us to the limitless world of decentralized technology, it capped its reach to just storing value and facilitating peer-to-peer cash transfers.

Further, in a world whose fascination with green energy grows daily, Bitcoin stands to lose out big when Ethereum eventually makes the much-awaited transition from Proof of Work (PoW) to Proof of Stake (PoS) consensus mechanism. It is estimated that this will help the blockchain cut down on the energy needed to verify ETH transactions by more than 99%.

What do Experts Have to say about the BTC – ETH Tussle?

Note that, all along, different crypto and finance industry experts have opined that Ethereum will eventually overtake Bitcoin. But this discussion was rather subtle until the leaked Goldman Sachs report blew the lid off the topic and caught industry-wide attention. Today, most analysts have weighed in on the matter and they are convinced that Ethereum is already dominating the blockchain space. They believe that, at the moment, Ethereum only needs to overtake Bitcoin’s market capitalisation to gain dominace over the crypto space.

In a crypto price prediction report that first leaked on Twitter, analysts at the Wall Street giant Goldman Sachs refer to Ethereum as the “Amazon of information,” adding that it has a “high chance” of overthrowing Bitcoin as the “Dominant” store of value. And they believe that much of this will be a result of  Ethereum’s ever-increasing use cases.

Ian Balina, the founder and CEO of Token Metrics, for instance, thinks that “Bitcoin is overrated” probably due to its first-mover advantage, and is confident that “Ethereum will surpass Bitcoin … in terms of long term technology” and number of developers. Quickly adding that “Ethereum has 10X more monthly active developers than Bitcoin.”

His sentiments are echoed by Todd Morley, co-founder, and former executive of Guggenheim Partners, who mentions that “app developers of Ethereum are growing at 20X for the past six years” before pointing out that “that’s where the action is.”

When Will Ethereum’s Value Overtake Bitcoin?

Bitcoin will eventually let down and let Ethereum lead, but it won’t be easy or soon. In countering a possible Ethereum dominance, Bitcoin is already working on upgrading its system. Early last month, the Bitcoin Foundation announced that a consensus had been arrived at regarding the TAPROOT privacy upgrade, which takes effect on the Bitcoin blockchain in November 2021.

Today, speculations about the revolutionary impact this may have on the BTC blockchain are rife in the crypto space. Bitcoin’s supremacy proponents believe that the upgrade may pave the way for the future adoption of smart contracts on the blockchain. This, they believe, would be instrumental in helping it reclaim the competitive edge over Ethereum.

But while it may give it a boost and extend Bitcoin’s reign at the top, critics still view Bitcoin as a placeholder, arguing that it will eventually give way for Ethereum.

One such expert, John Wu, the Ava Labs and Avalanche president, is confident that while it may take time, Ethereum will eventually trump Bitcoin. He believes the world will ultimately move past Bitcoin’s single functionality as a store of value and embrace blockchains like Ethereum that present users with weighty and revolutionary use cases.

This, he asserts, will be crucial in helping the value of ETH surpass Bitcoins. We must, however, mention that he isn’t convinced Ethereum will replace Bitcoin as soon as most experts anticipate. WU says that “the utility (Ethereum) will ultimately trump the store of value (Bitcoin) asset, but I think that’s a little bit away.”

Today, the writing is on the wall. The Ethereum ecosystem is worth as much as 40% of Bitcoin’s market cap. The Ethereum blockchain price and popularity are growing fast and Bitcoin’s first-mover advantage can no longer hold back the dethroning force brought about by the app/program developments being undertaken on the network.

Most of the blockchain technology use cases, from DeFi to  NFTs and  ICOs to DEXs, have found a new home on Ethereum. And as the analysts at Goldman Sachs state, the significance of use cases in determining the ultimate store of value cannot be understated.

We, therefore, conclude that it is only a matter of time before Ethereum’s unabated rise in use cases pushes ETH’s value and market cap above Bitcoin’s and dethrones it as the dominant cryptocurrency and blockchain technology. 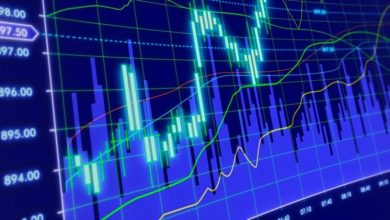 A Closer Look At Forex Brokers 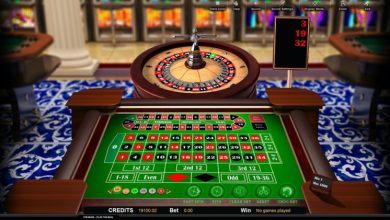 Top Factors to Conceive Before Starting an Online Casino Business 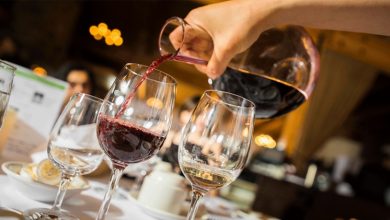